Yes, back in September I went to the Cinema with some friends! I got on the right train, and I did not have one, but two trains in redundancy, so even if I'd miss a train there would be no hurry. On Rotterdam central station I needed some food and a break, so I went to a lunchroom and got a sandwich. The others went to a supermarket to get some candy and such for the cinema. I read the newspaper there as well, and when I looked at the clock and it was time to hurry to the cinema! sigh. I called my friends who were still in the store. I got there in time and washed hands and hang up my coat and such, but next time I'm going to be more cautious with the time management.

I will now talk about the movie itself, I won't do any spoilers but if you haven't watched it yet and want to see it without any knowledge I'd recommend to skip this.

I liked the movie, especially on such a nice display. There's lots of action and such, sometimes a little James Bond like, impressive scenes, very enjoyable. However, the story is convoluted and hard to follow in some aspects. You just have to take it for what it is and let it happen. Perhaps if you watch the movie several times and pay close attention you'll somewhat understand it, or talk about it with a friend also helps. One friend says it's harder to follow than Inception (2010). Also, there's just so much happening, little pauses or breathing room, especially in the beginning. In my eyes, it would've been nice for calm scenes or scenes with lots of beautiful landscape to take a little longer, even though the film is relatively long on its own. I really enjoyed the soundtrack, reminds me of the video game Payday 2. Conclusion: Not a masterpiece, but it was great nonetheless, especially because it was in the cinema. And after all, it is a film which got me to the cinema in ages.

Regardless, I think this is a movie from 2020 that I will remember the most, I think it's the blockbuster of 2020(since pandemic, China excluded). The new James Bond has been postponed again to April 2021,s and many other big movies have been delayed as well, so I don't think there will be anything that comes close to Tenet this year.

Also, I am glad I took some headphones with me, because I am not used to these loud volumes.

Ultimately movies are a subjective experience, so your opinion might be completely different.

I think I mentioned this earlier, but thanks to the pandemic, it is much less crowded in the cinema. The three of us nearly got an entire row for ourselves. I cannot lie, I love this. Of course I consider the pandemic is a very negative thing, but it has its grim upsides, too.

I visited the projector room a second time. I asked about the discs, as that was unclear to me earlier. The discs can move individually. The tape starts on one disc, routed through the projector, and delivered onto another disc. Since there are 3 discs, and you need an empty one to display a film, you can only have 2 films on programme in the cinema. Below you can see a picture: compared to the previous time, Dunkirk and Interstellar are gone, only Tenet remains. 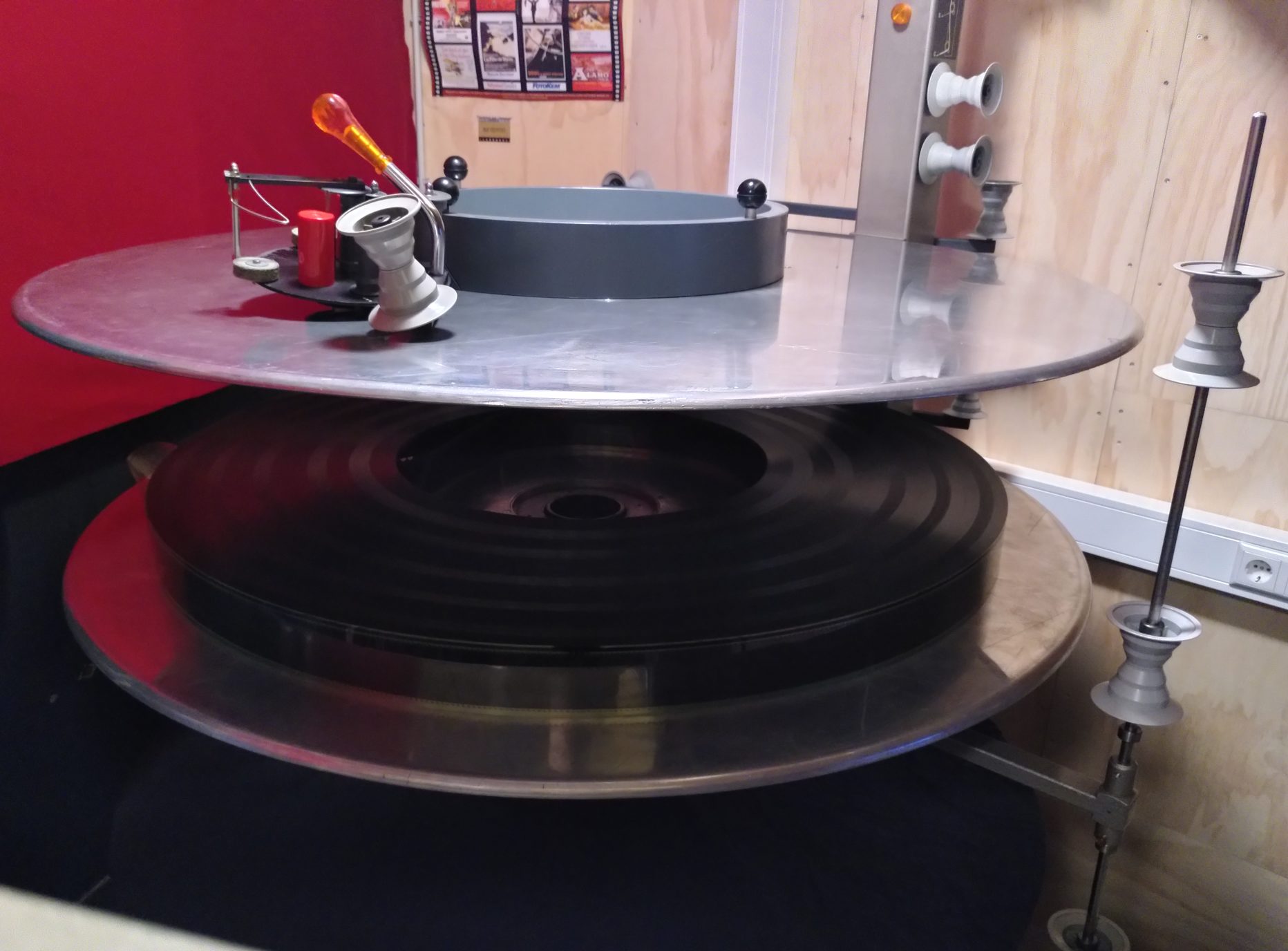 Then I went to the same restaurant as when I went to Dunkirk (2017). This time I didn't want any special beverage or something, so I ordered tap water. But they refused. Then I offered 2 EUR for tap water(you can buy a cheap oven pizza for that amount) and they still refused. This caught me off guard. I asked if they could explain it and it was "their policy". Humans have visited the moon, we have invented ways to become immune to certain awful diseases, we have a network of water lines that provide excellent drinking water at an extremely low cost, and yet it's impossible to fill a glass of tap water. While on overall I enjoy the place, it kind of reduced the overall experience. I asked my mother and according to her this is common practice. I am disappointed. My friends got a good laugh, however.

I really enjoyed this day.