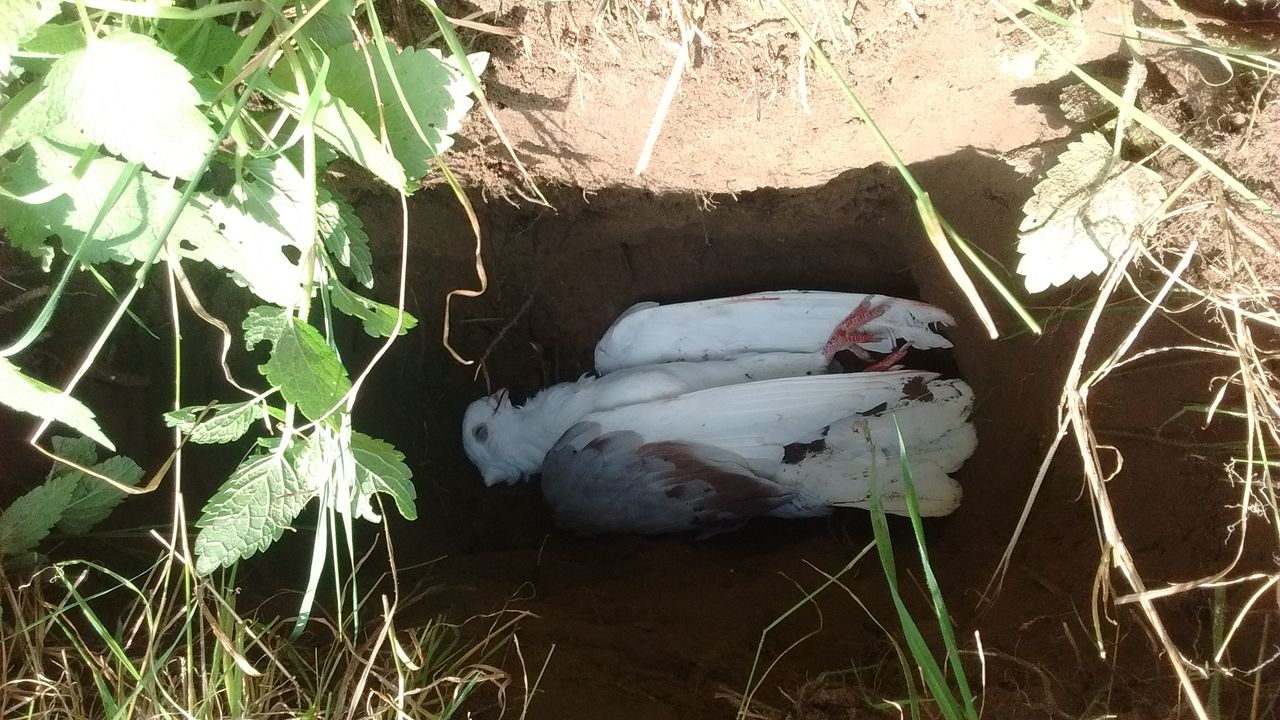 The dove was a white dove.

According to my mom, the dove was walking around the garden for some days. The dove did not seem to flee from humans like doves in the garden usually do. When you approached the dove it would slowly wiggle away, not fly away.

This was also the case when I got back from cycling a few minutes before the attack. The dove wiggled away slowly when I passed it on my bicycle. I thought it was a funny birdo.

My mom thought the bird might be sick, because of this strange behaviour. 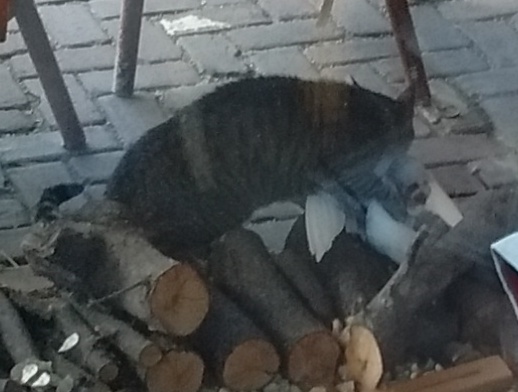 After cycling, I stood around the table. I saw something moving - it was my cat jumping on the bird. I quickly grab my phone to film it; but then as I do I'm questioning if I should. The bird tried to move away, but the cat was faster. The cat bit the dove in the neck. The bird is still trying to get away, but it is of no use. It's driven in sort of a corner. I see blood dripping out of the neck. The bird went unconscious.

I'm slightly overwhelmed. I did not know cats hunted doves. I've seen mouses, small birds, rats, moles. My cat did not attack our chickens, I never thought of the possibility that my cat would attack something like a dove.

The cat did not eat the dove, probably because we appraoched the cat and the dove later. Of course it did not matter for the dove, it was too late from the beginning.

We bury the dove. As I grab it by the feet to put it in the hole in the ground, I notice that the body is not stiff at all. The feet feel rough but pleasant. I put the dove in the grave. I'm feeling a bit sad. Goodbye dove.

I liked the dove. I like my cat. Two animals I like, and one kills another. It's the cat's nature, it's instinct, it's what they do; but I still felt sad.