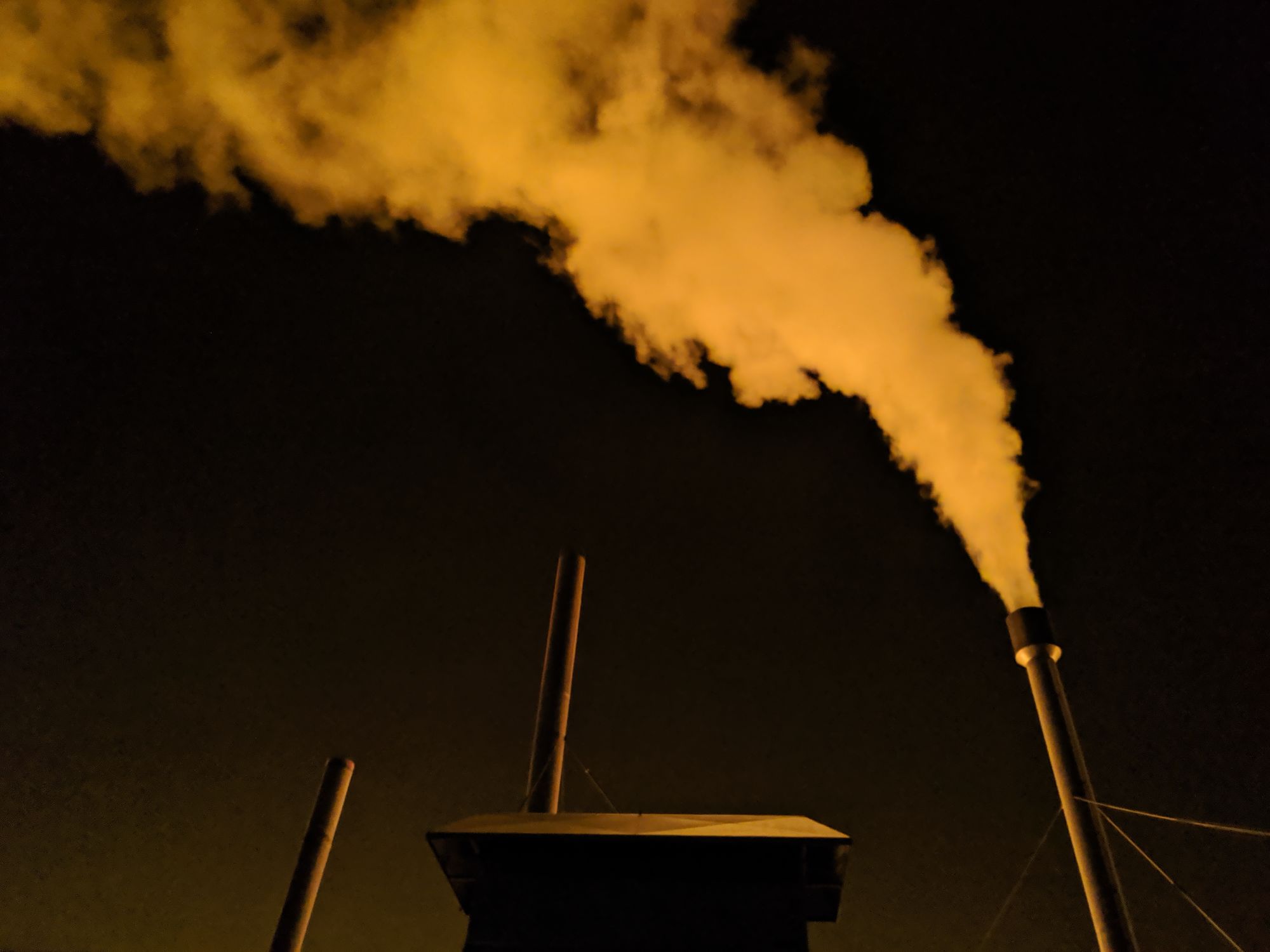 I am sure you all know about CO2, right? Humanity is burning lots of fossil fuels, mostly for energy, at such an immense scale that CO2 levels are increasing in our thin atmosphere.1

But suddenly, I realized, that CO2 is not the only thing that comes from burning fossil fuels. Most fossil fuels seem to be some collection of carbohydrates(you know the carbon with hydrogen attached). And what do you get when you burn a carbohydrate? CO2, of course. But also H2O; water.

Obviously methane is a small alkane hydrocarbon with lots of hydrogen. But you get the idea: Lots of CO2, means lots of fossil fuels, means lots of water!

Assumptions: Assume that the burning reaction is entirely clean, and that all hydrogen atoms will oxidize to H2O. Of course a wrong assumption, but it makes things easier.

Let's start with the CO2 emissions from fossil fuel combustion in 2018: 33.513 Gt(gigatonnes, 1012 kg).2 This is the IEA source, the ourworldindata source is higher.3 However to be safe I use the IEA source, because it is lower.

For simplicity, I use the following atomic masses9(the calculations in the code are more precise):

Let's say that on average the amount of H atoms in the burn reaction equals to about 1.35 times the amount of the C atoms. I assume the actual number is higher than that, but I am not sure and want to have a safe guess. I came up with the number by taking the percentage of the CO2 emissions of the fossil fuels2 and then multiplying the number by a guesstimate of their H/C factor(For natural gas, contains lot of methane, 3.5, oil, lots of hydrocarbons, small to large, 2. And for coal, a carbon-rich and hydrogen-poor fuel, 1. Other combustion: also 1. I calculated it weighted and it results in 1.87.). There are many uncertainties. Again, this isn't a scientific paper, this is trying to prove a point that there is water being emitted. Another uncertainty: What fuel is being burned? What sources does one use? Coal for example, is a really complex fuel(which is why it doesn't burn so nicely). This article, which examines coal, uses for simplicity a H/C factor of 1(equal).4 However, methane(CH4) has a factor of 4. Methane is a major component of natural gas,5 and other alkanes that follow all have a factor higher than 2. Oil contains a lot of alkanes too, but also other complex hydrocarbons. Also, you have coal, but coal ranges from Lignite to Anthracite. And one gas/oil well is not the other. It gets complex fast. On the slider below, you can set the average amount of hydrogen atoms burned per carbon atom(H/C factor).

Does this have any disastrous effects? Probably not, otherwise we'd probably know about this, just as we do with CO2.

Keep in mind that I actually do not actually know a lot about this kind of stuff. I may very well be wrong, by magnitudes. But I am confident to say that there's water being emitted, and it's more than a few liters. I'd love to hear your comments/corrections!