2020-04-20 Two things which happened yesterday: I'll start with the insects. I was removing weed from the garden, because I wanted to plant pot 8 o's and stuff. Then I ran into these just under the surface: 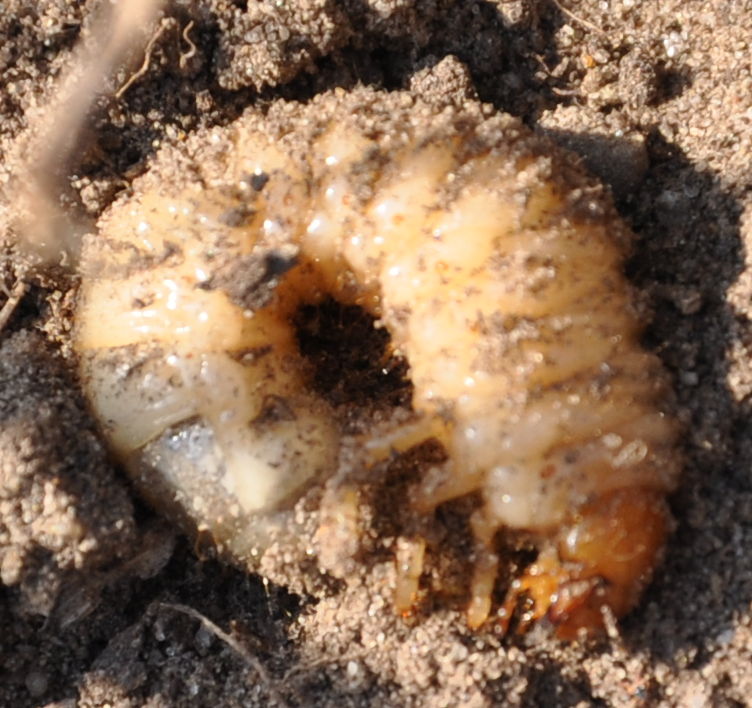 This is probably a larvae of a beetle. This larvae loves grass, makes sense I found it there. 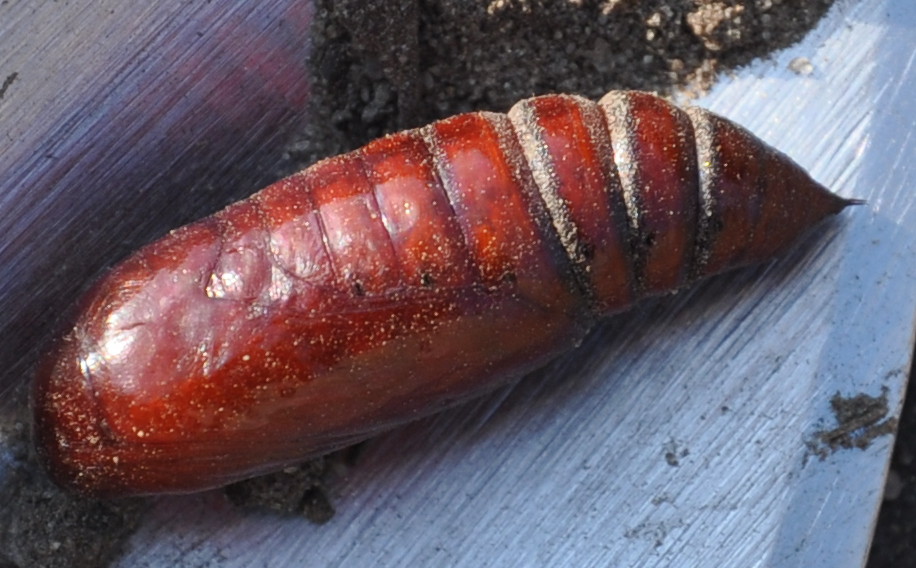 I did not know what this was. But after some searching on the internet, this is likely a pupa from a moth. I have found 3 of them, one of which was black and did not respond to stimuli. The others however did, and they moved their "tail". The "tail" seems very strong considering its size and mass.

I gave them to the chickens. It looks like they swallow the pupas as a whole. I hope they had a tasty meal. Not sure if that was the best decision, rest in peace future moths. But there's a ton of weed in the garden, so I am certain I did not accidentally eradicate them.

Second: when I was cycling during the night I stopped to look at the Ursa Major constellation(you know, the one which kind of looks like a pan with a long handle). And then I saw a satellite. Then I saw another one, simultaneously. And then another one, and I look around... There's a train of satellites! Holy moly! My brother says it's a recent starlink launch, a satellite constellation in development for internet communications. I mean, I was kind of amazed: I saw a train, which did not stop for minutes, and you could see approx. 10 at the time, all over the horizon. I mean, I was kind of baffled. They're nearly as bright as venus. I am not sure what this will mean for astronomical light pollution. But light pollution caused from earth is much worse, I think, and it seems it's not being taken seriously from my perspective. I have never seen the milky way.

dannarchy: The grub is probably from a Japanese beetle or other scarab type beetle. The 'C' shape is distinctive. The pupa is also probably from a beetle, since moths don't burrow. Insects go through a similar metamorphosis.

Me: Thank you for your comment, dannarchy. Very likely a scarab type beetle indeed! I do think this is a moth pupa however, as beetle pupa looks so different and this so similar(example). Perhaps I assumed it was buried because I was digging around when I found that, while in fact, it could have been just from the surface.